Cristiano Ronaldo is believed to be unlikely to renew his Real Madrid contract now with club policy being stated as a reason for his unhappiness.

The Portuguese has dominated discussion in the media during the international break after he declared that he was sad at the club for a professional issue.

Speculation as to why has ranged from the player’s concern that any pay rise he may receive would be lost to a future change in his tax situation, to displeasure at teammate Marcelo’s support of Iker Casillas to take the next Ballon d’Or ahead of him.

Reports today indicate that the former is not a reason for the current situation, but that the latter may not be far from the truth.

The National allege that Ronaldo is displeased with the media access granted to Marcelo, Casillas, Alvaro Arbeloa and Xabi Alonso, when he is apparently barred from taking interviews.

The publication also believe that Ronaldo is convinced that this group of players’ public support for Casillas to win the next Ballon d’Or, rather than for him to do so, is why he missed out to Andres Iniesta for the recent UEFA Best Player in Europe award.

Marca take things further and suggest that President Florentino Perez’s failure to attend that same UEFA gala acted as the tipping point to the current situation.

Ronaldo is described as currently unlikely to put pen to paper on a new contract with the capital club. 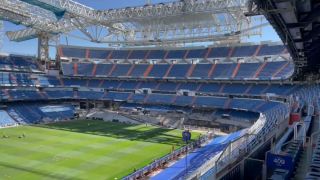