Usain Bolt has waded into the world’s best footballer debate by insisting Cristiano Ronaldo is better than Lionel Messi.

The Jamaican sprinter has been competing at the London Olympics, where he has claimed three gold medals, but could not resist commenting on the race for football’s Ballon d’Or, which is widely expected to be a straight fight between Ronaldo and Messi.

“Without doubt Cristiano is better than Messi. He is a more complete player,” announced the planet’s fastest human being in an interview with RTP.

Bolt has never hidden his admiration for the former Manchester United man – and vice-versa – and is a good friend of the Real Madrid player.

“Cristiano is fun to be with and is also a great person,” said Bolt, who was invited to be guest of honour at the Santiago Bernabeu for a match against Deportivo de La Coruna in summer 2009.

In fact, Bolt has frequently crossed paths with the Madrid team over the past few years, even inviting the whole squad to watch him in action at a meeting in Zagreb last year when Real were playing a Champions League game in the Croatian capital.

However, only club President Florentino Perez was able to attend the event and later presented Bolt with a shirt signed by the whole Madrid squad. 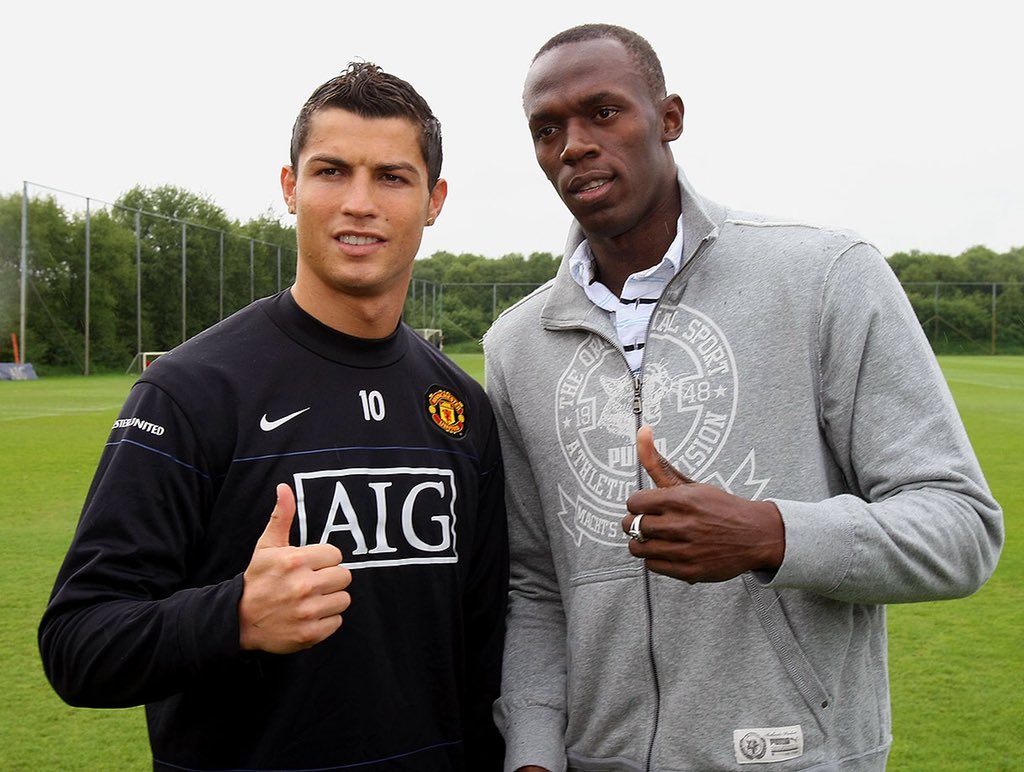