A report in The Sun claims Barcelona are weighing up a €9m bid for Newcastle United’s Yohan Cabaye.

The former Lille midfielder has been a revelation at St James’ Park since his €5m transfer from Lille last summer, scoring four goals in 34 Premier League appearances as Alan Pardew’s men finished a creditable fifth and qualified for the Europa League.

However, his form has alerted Barcelona who are looking to replace Seydou Keita after the Malian international rejected the offer of a new contract at the Camp Nou to sign for Chinese outfit Dalian Aerbin last weekend.

Magpies boss Pardew would be reluctant to lost Cabaye but any Barca interest would be sure to leave the 26-year-old unsettled, although if Newcastle price him out of the market then the Catalans could well turn their attention to his midfield teammate Yann M’Vila. 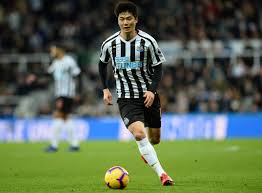